Music Education Can Open the Door to Success 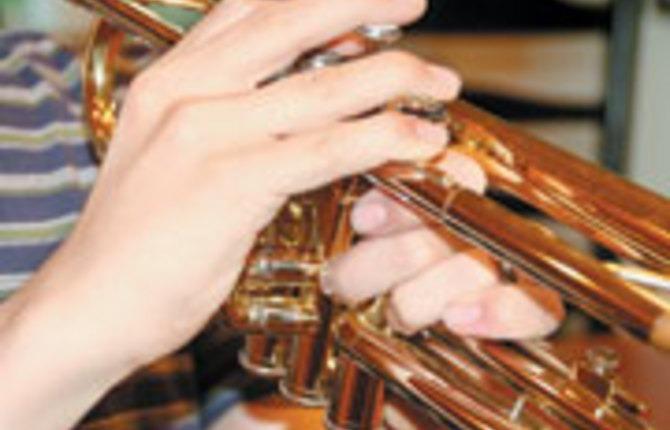 Music Education Can Open the Door to Success

(MS) — There is a wealth of evidence that indicates that music lessons offer children intellectual benefits that put them ahead of others who do not participate in music education. These advantages include higher grades and IQ scores, a lower propensity to misbehave and a fine-tuning of their sensitivity to emotion in speech.
The current television programming lineup may be an indication of how arts appreciation has experienced a resurgence in recent years. Shows like American Idol, So You Think You Can Dance, Dancing With the Stars and other musical/variety shows are reintroducing the masses to the enjoyment of music and arts, albeit in a mainstream way. However advertiser-driven or formatically cookie-cutter they may be, they’re serving to showcase music to all ages of viewers, engaging youngsters in the process.
But watching television or listening to music is not enough to gain the benefits of music. One must be involved in the education process to see the best results.
Success in school is one of the easiest-measured gains of music participation. For example, a study of 237 second-grade children used piano keyboard training and newly designed math software to demonstrate improvement in math skills. The group scored 27 percent higher on proportional math and fractions tests than children who used only the math software, according to "Enhanced learning of proportional math through music training and spatial-temporal training," Neurological Research 21. Other studies have pointed to music participants receiving more A’s and Bs than non-music students. Also, according to "College-Bound Seniors National Report: Profile of SAT Program Test Takers" by the College Entrance Examination Board, students with experience in music performance scored higher on the SAT, roughly 60 points better in verbal and 40 points better in math, than those without music education.
In addition to school success, studies also show improved social behavior among music students. "The Texas Commission on Drug and Alcohol Abuse Report" indicated that secondary students who participated in band or orchestra reported the lowest lifetime and current use of all substances (alcohol, tobacco, illicit drugs). Because music channels energy and requires diligence and concentration, those involved in the arts do not act out and are not classified as "disruptive" like many of their peers.
Music does not have benefits in education or behavior alone. It also helps to create a well-rounded student who goes on to become a well-rounded adult. Very often music education can serve as the entryway to new careers, relationships, business ventures and many other opportunities. Since music is a worldwide language, the opportunities music provides are global. Many colleges, universities and employers are apt to consider a person with musical training first because music sets that individual apart from others.
Music should be encouraged both at school and at home. Piano practice or involvement in a school band or chorus can be much more than enjoyable extracurricular activities. These activities can lay the groundwork for a lifetime of success.