The Meet: A Lesson in Making a Loss a Win 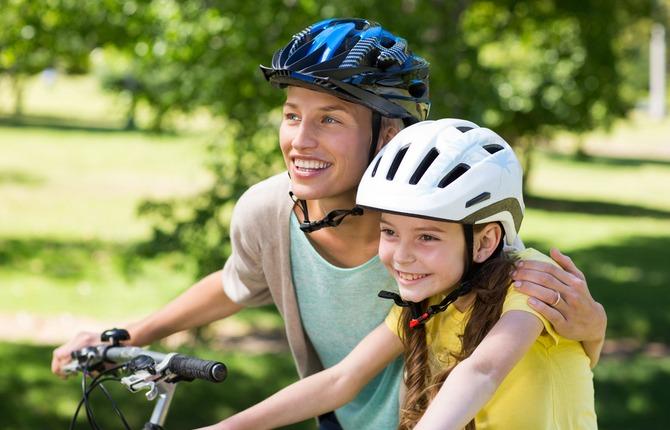 The Meet: A Lesson in Making a Loss a Win

I sat on the hard bleacher at the gymnastics meet, inhaling the smell of sweat and chalk. Clasping my hands together, I tried to keep from biting my nails. My daughter, Lucy, was suffering from a bad cold that day and was not at her best. As I watched her miss skills in her routines that she normally performed with ease, my heart sank. This would be her last chance to score high enough to move on to the next level of competition, Sectionals. If she didn’t attain a certain score, her season would be over until next year—after only two meets. If she were feeling well, she wouldn’t be struggling. In addition, the judges at that meet were scoring the athletes particularly hard. It was just bad luck—at the worst possible time.

Even though eight-year-old Lucy had been taking gymnastics classes since she was a toddler, the sport doesn’t allow competition until Level Four, which she had just reached that season. She had waited a long time for this, and her excitement for finally competing knew no bounds. She’d showed off her competition leotard to anyone who would stand still long enough to admire the shiny red, white and blue costume. We practiced fixing her long hair in the regulation bun, winding it tightly to withstand cartwheels and back handsprings without coming loose, as it had at her first meet. At the last meet, she had missed the required score to be entered into Sectionals by a mere three tenths of a point. Her coach told her it was unlikely she would fall short of the score this time. My daughter had also told all her schoolmates that she would be competing on that weekend—meaning that on Monday, they would ask if she’d “made her score.”

It was a big set-up for what now might be—at least in Lucy’s eyes—a long fall.

When the meet concluded and the scores were announced, her coach informed her that she wouldn’t be competing at Sectionals. She broke down in tears, and my stomach clenched. At that moment I knew just how upset she was. Tears are seldom seen during competition, because gymnasts are repeatedly told that crying in public at meets is not allowed.

Her teammates and coach tried to comfort her, but she was inconsolable. I ran down to the competition floor and hugged her. Then I shuffled her to the car while trying to figure out how to best handle her grief.

To buy myself some time, I took her out to lunch. As we awaited our food in the restaurant, I tried to make her feel better. I delivered a long-winded speech while she sat across from me, looking small and miserable. I talked about winning and losing, luck, and the subjective nature of scoring in gymnastics.

“You’ve chosen a tough sport,” I told her. “In soccer, when the ball goes into the net, that’s a goal. In gymnastics, some of the scoring will be based on the judges’ personal preferences. Sometimes you will have bad days. All you can do is go out and do your best.”

Her response to this speech was to start crying again and say that she wanted to quit the gymnastics team. I couldn’t blame her. All those years of hard work, and her season was over after one mediocre performance. Even as an adult, I thought it was unfair! How could I possibly explain this to an eight-year-old? I took deep breaths, trying to suppress my anger at the unforgiving gymnastics system. But no matter how mad I was, I needed to make my child feel better. As I pondered how to do that, she cried. Soon, our food arrived, breaking our tense silence.

When we finished our lunch, I asked her what she wanted to do next. She looked at me in surprise. “You mean we don’t have to go home?” she asked.

“No,” I answered, making a snap decision. “It’s your day with Mommy.” When she heard my answer, her face lit up.

My little gymnast is my middle child, and between the demands of the other kids and, well, everything else, she and I seldom get uninterrupted time together.

She furrowed her brow, thinking long and hard about this important decision. I suggested ice cream, a movie, or the mall. She finally decided she wanted to go for a bike ride. “But,” she said in stern tones, “just you and me.”

We left the restaurant and went home to change clothes and get our bikes. Then we rode around the neighborhood and she showed me some of her favourite places. The weather was warm and sunny. We chatted about everything—that is, everything except gymnastics. We didn’t do anything extraordinary, but it was a nice afternoon. We returned home at dinnertime, both feeling much better.

Later that night, Lucy told me she’d decided not to quit gymnastics.

A few days after that fateful meet, I was looking through her school papers and came across her “Weekend Update.” It’s the report that her second-grade class writes on Mondays, telling of their weekend activities. I cringed inwardly, wondering what she wrote about the gymnastics meet. I opened the folded sheet and began to read. My vision blurred as tears filled my eyes. In the box at the top of the page she’d drawn two stick people riding bicycles. The bikes had impossibly large wheels, and the people long spindly legs, but they were obviously meant to represent the two of us. A bright crayon sun shone in a blue sky. The smaller figure was drawn with a half-circle smile, which filled her face.

Lucy’s report said absolutely nothing about the gymnastics meet. She had written instead about how much fun she’d had having lunch and riding bikes with me.

I’ve heard parenting experts say that children want time with Mom and Dad above all else. That no amount of gifts or other material things can take the place of time spent together.

I keep that paper as a reminder. A reminder that I won’t always find the right words to say when my children have disappointments, but that sometimes, just being there is enough.