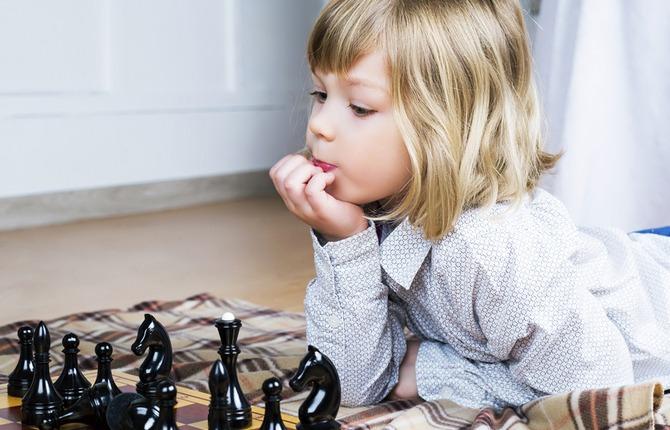 Five years ago, I was planning my daughter’s first birthday party and all I could think of was how not to go pink. We had hired a party planner who came with an ipad full of themes, ranging from Strawberry Shortcake to Sleeping Beauty. Actually, that can hardly be called a range. Everything he offered in terms of décor was pink and princess-y.

That was my first practical brush with the idea of gender-neutrality. Long before I became a mother, I had a vague idea that my offspring would not be restricted by gender roles and societal expectations based on their anatomy.

When my daughter was born, I quickly realized that it wasn’t going to be easy. Be it television shows and toys, or clothes and characters — even the most mundane things are clearly categorised into girl and boy, pink and blue, gentle and gregarious.

Then began my task of gently but persuasively avoiding gendered connotations in our home. We didn’t avoid pink but we found that we could do without. We didn’t buy dolls simply because we didn’t find as much value to it as other gender-neutral toys like building blocks and modelling clay. But those too had fallen prey to stereotypes — neatly divided into superheroes and cupcakes. We would adopt a more neutral theme like supermarket, although it was clear from the packaging that grocery-shopping was for girls. We steered clear of fast food chains that either offered hot wheels or Barbie with meals, nothing less defined.

Child psychologist Dr Jemma Helfman doesn’t find it surprising. “It is really hard to raise children in a truly gender-neutral environment (unless you live in the wilderness and home school them). The world has so many messages about gender and as children get older, it becomes harder to control the messages they are receiving. Books and cartoons can be full of gendered meaning, and even clothing is divided into boys and girls,” said Dr Helfman, PsyD, C.Psych, who practices at Dr Joanne Cummings & Associates in Toronto. For a mother who didn’t know what a tutu was until she got hit by a slew of yummy mummies and their little ballerinas, I wanted to scream at toymakers and roll my eyes at yet another doll-fashioning party. But my daughter held up — until age four, she showed no interest in dolls, princesses or tutus.

Her favourite games were outdoorsy and she felt most comfortable in a tee-shirt over a pair of leggings. My rude awakening came when she started school, and within a month, my gender-neutral upbringing had been reversed and replaced with stereotypes. She suddenly wanted Rapunzel and Queen Elsa to come to her fifth birthday, and asked for a tiara and a feather boa. (I had to google boa as I only knew of it as an acronym for Bank of America).

Not wanting to isolate my daughter and impose my beliefs on her, I decided to give her a fair chance at being ‘girly’. I bought her the odd doll, rented a princess movie and enrolled her for ballet classes — none of which she readily took to. I also invited Cinderella to her fifth birthday but a week after the party, she announced that she no longer likes princesses because “five-year-olds aren’t supposed to”. Now I had a whole other age-related stereotype to battle.

More than pink and blue

Gender-neutrality in the strictest sense is much more than just blue and pink. “Gender-neutrality is not a psychological term but could be broadly defined as raising children in a way that they are not pushed to conform to gender stereotypes. Gender-neutral also refers to people who identify as gender-fluid and not with the binary division of gender,” explained Dr Helfman.

The trend of gender-neutral parenting is on the rise. A few go as far as not revealing their child’s gender at birth or bringing their child up genderless while many are attempting to simply break stereotypes. A social media group dedicated to Gender Neutral Parenting brings together “parents who believe in providing an environment free of gender biases and expectations for children to grow and make their own choices about what they like, wear, and do.”

If the shoe fits

However, society will not always agree with your beliefs and choices, as Megan Eddington*, another practitioner of gender-neutral parenting, recently found out. “We bought our 17-month-old son a pair of purple, light-up Dora shoes because they fit him well, were on sale and he seemed to like them. My family members are freaking out, telling me that I purposefully bought him the shoes to prove a point and that I am going to make him a homosexual.”

Megan couldn’t understand how a pair of Dora shoes for a boy would spark such a strong reaction. “I don’t want my children to be shoved into a box based on their genitals.” Another mother in the group, Susan Adams, decided not to take reactions too seriously. “My son likes to keep his hair long. He was playing at the park when a lady who was watching her child commented on his braids. She said she wished she had a girl too. I said I always wondered what it would be like to have one too.”

Dr Helfman agrees with the point of view. “Anything that is done to support children to be who they feel they are can only be a good thing.” Until the world complies, it will remain a hair-raising issue.