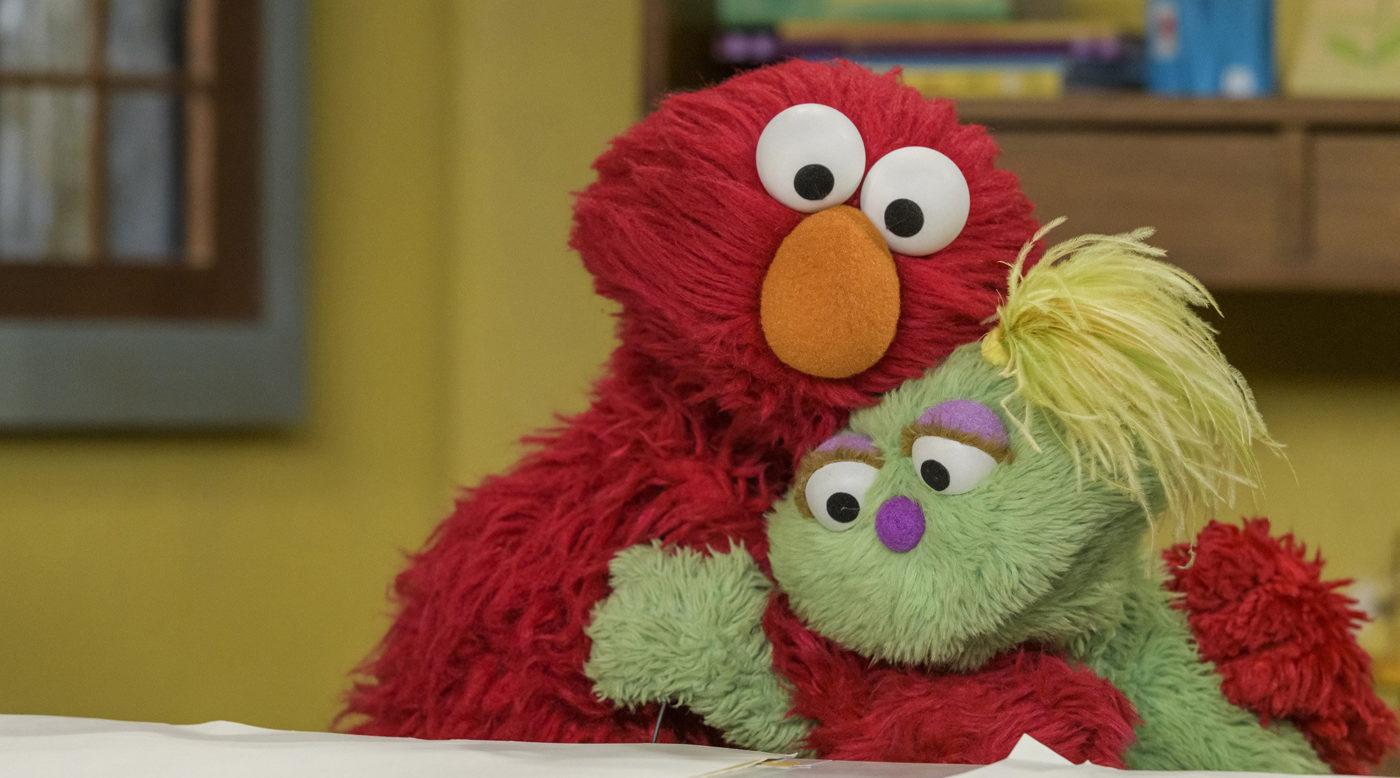 Sesame Street celebrated its 50th anniversary in November 2019. Funny how the long-loved characters Elmo, the Cookie Monster, Bert, Ernie and friends, never age. What has changed, however, is some of this well reputed show’s content.

Gone are the days where children could learn just the ABC’s from their furry friends. Now, along with much of what was familiar to us growing up – as children ourselves, and then while watching with our own children – Sesame Street has kept current by educating children not just with academics, but about what’s going on in the world around them, too.

They’ve previously introduced characters aimed at helping kids cope with challenges such as having a parent in jail, living with autism, dealing with poverty, anxiety and divorcing parents. One by one, they’ve joined children in living rooms around the world.

If you look at the stats out of the United States, which is where Sesame Street is produced, you learn that, according to the Associated Press, for example, about 5.7 million children under the age of eleven live with a parent who suffers from substance addiction.

Furthermore, just a few months ago, the writer of an article that came out of NPR, which is a US based non profit media organization, shared that the number of cases of children entering the foster care system due to parental drug use has more than doubled since 2000.

And closer to home, in an article that came that came out in the Globe and Mail last year, a writer shared that “Canada is the world’s second highest per-capita consumer of opioids, after the United States, which has led to widespread misuse, dependence and addiction.”

So, it’s no surprise that Karli is the latest in a series of muppet characters to tell her story on the Sesame Street in Communities project.

Karli is a six year old female muppet who lives with her caring foster parents (or “for now” parents, as they call themselves). Karli’s mother has an opioid addiction or a “grown up problem”, as Karli calls it.

During one of the segments I watched on You Tube, Elmo, who needs no introduction, is with Karli and her foster parents. She becomes visibly sad as a result of not finding a placemat with her name on it and this triggers feelings about not belonging. However, as the segment unfolds, we see her foster parents validating and acknowledging her feelings, explaining their role to Elmo and then launching into song about Karli being safe and strong, and how she indeed belongs.

What I especially loved was Karli mentioning that other grown ups were helping her mother, taking the weight of responsibility off her small shoulders, as it should be.

I know that there are some parents and caregivers who are concerned about their children being exposed to information about addiction or incarceration, for example, at too young an age. The way I see it is that since these issues exist, that when offered to children in a sensitive, age appropriate manner, Sesame Street is doing us a favour. Not only does seeing a muppet going through a similar experience normalize the situation for those children who are going through it in real life, but it also develops empathy, awareness and compassion in children.

So, for example, if a child meets a new friend in their classroom and that new friend talks about her mom or dad being addicted to drugs, for example, that child will be familiar and aware enough to feel comfortable with the conversation and more in tune with their new friend. Watching characters like Karli tell their story also provides us with an opportunity to answer questions and springboard into further discussion.

Sesame Street’s new slogan is “50 years and counting”. I hope they keep going strong so I can watch it with my grandchildren, now that my daughters are grown, in years to come.

Sara Dimerman is a Psychologist, Author and mom to two daughters. For more advice, connect at www.helpmesara.com or on Twitter @helpmesara.