We go up to my brother’s place on Manitoulin Island for an informal family reunion every Victoria Day weekend. He runs cottages at Dominion Bay, which is on the south shore of the island. On the Saturday, we generally help him clean up and get ready for the season. On the Sunday, we have a bit of a barbecue. The rest of the time we just hang out as a family.

Normally we book the ferry there and back rather than driving around. Taking the ferry doesn’t save us much time when you consider that you have to be at the dock an hour before the ferry sails, but it doesn’t cost much more than driving when you account for the price of gas, and the real benefit is that it breaks the trip up. The kids can get out of the car, stretch their legs, goof off a little, and have something to eat. It might not be a shorter trip, but we spend less of the trip cooped up in a confined space.

This year, however, we had to cancel our reservation because my middle kid had a track and field meet and we couldn’t get away in time to catch the afternoon sailing. We had no choice but to drive around.

Now, if we do have to drive around, the ideal technique is to leave very early in the morning – something like two or three o’clock. That way the kids are excited and happy for the first hour, sleeping for the next three, and relatively content for another hour or so before they get hungry. We stop for breakfast, and then we only have an hour and a half to go, with everyone fed and washroomed and feeling good. And, because there’s no traffic at that time of night, we can make the trip in six and a half hours.

And the traffic wasn’t exactly ideal. There was the normal heavy volume until we got past Barrie. Then we hit a stretch on Highway 17, normally four lanes, that had been narrowed to two and separated by posts to prevent passing. Which, of course, was the exact point when we ended up stuck behind a heavily loaded and slowly moving transport truck.

Instead of six and a half hours, it took as nine and a half. With children aged 7, 10 and 13. And a 17-year-old homestay student. And no electronics.

It was a long trip. A looong trip. A trip that almost cost me my sanity.

But when we got to the cottage, they kept telling everyone about how much fun they had. They conceded that the ferry was cool too, but sometimes, they said, it was fun just to drive around. It was like a road trip. You got to eat at restaurants and play I spy. We should do it more often, they told me. Who knew?

Not that they’ve convinced me to try a similar trick any time soon, but it’s good to know that even the most disastrous family trips are making good memories for them. 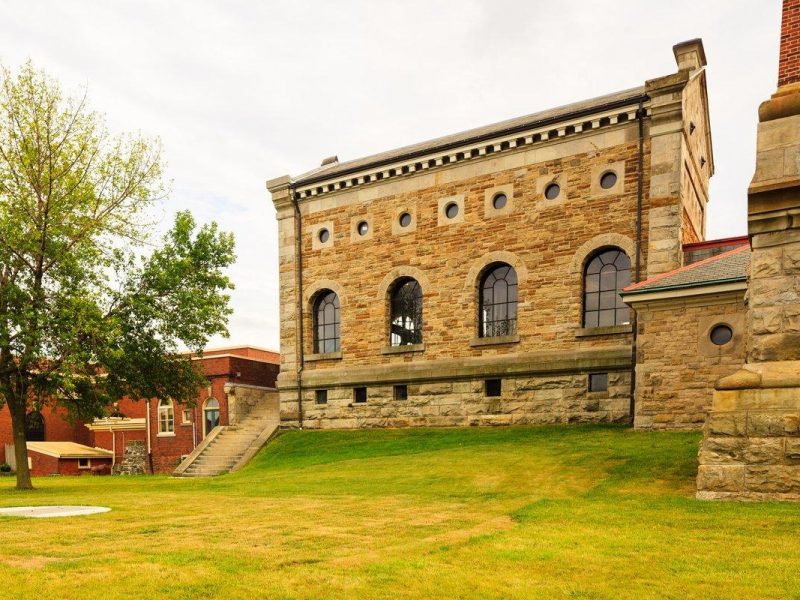