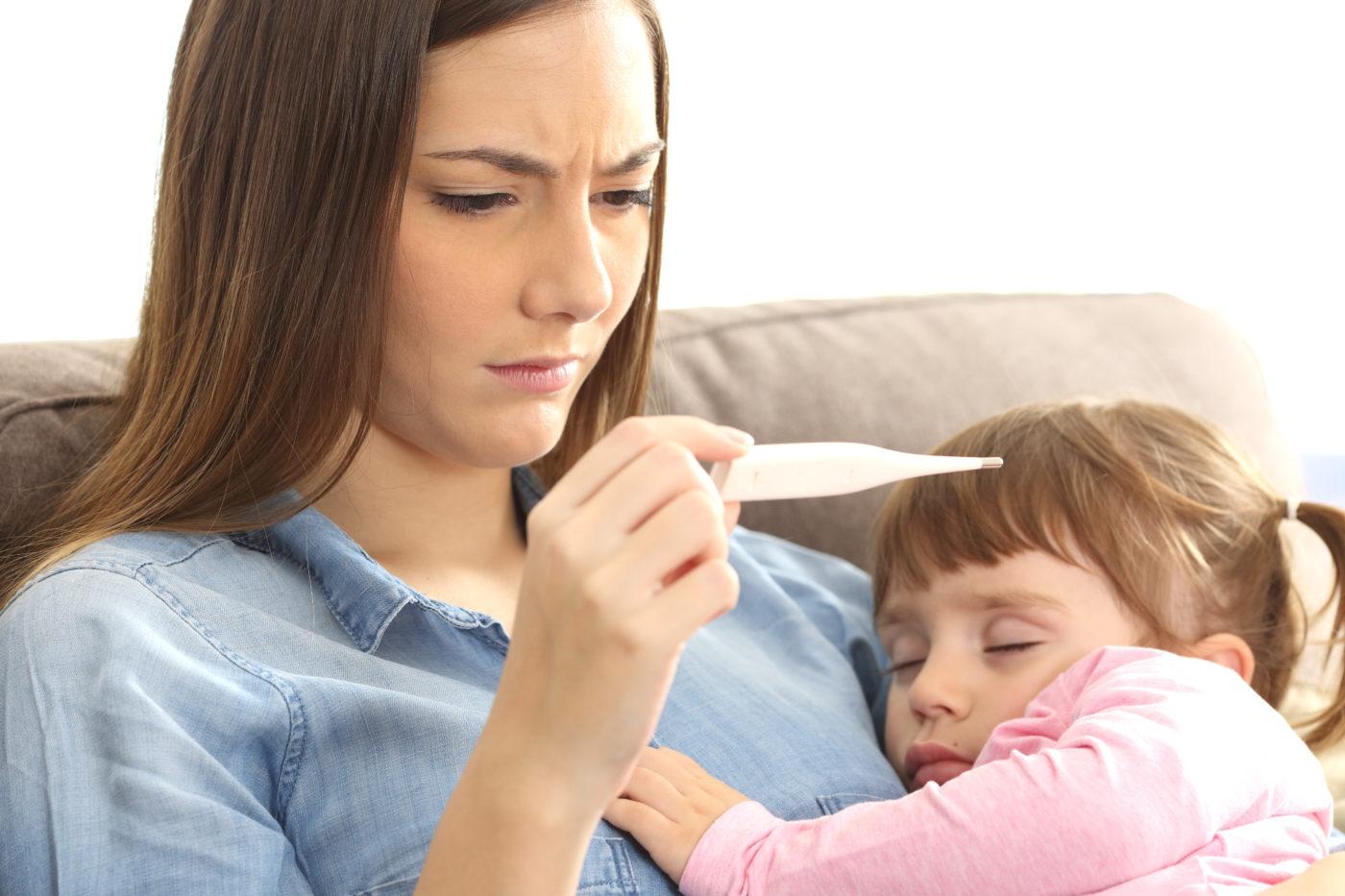 As miserable as a cough or stuffy nose can make your child feel, it’s helpful to know that cold symptoms can often seem worse they actually are.

“Congestion is a normal, healthy response to a virus or an irritant. It’s generally the body’s way of trapping it in the nose and throat so it doesn’t get to your lungs,” says pediatrician Michael Brady, M.D. And coughing is the body’s way of clearing and protecting airways from irritating mucous and other secretions.

Still, coughs and congestion can sometimes signal something more serious.

What’s worrisome and what’s not? Here’s what you need to know to decipher your child’s cold symptoms and the best ways to handle them so everyone can breathe easier.

Nasal congestion is often the first sign of a cold. It’s an inflammatory response to bacteria or most commonly, a virus. When a virus invades your child’s nose or less often, the air passages in her chest, cells lining the nose and/or the chest area swell and produce mucous. Clogged nasal and throat passages help block the bad bug from traveling further. If the virus manages to get to the lungs, it can cause pneumonia and other nasty respiratory infections. As part of this inflammatory response, your child’s nose can also run, which helps shed the virus. Her body can also produce other chemicals in response to the virus that can make her feel lousy.

Other common cold clues include sneezing, a runny nose and a phlegmy cough without wheezing or fast breathing, day or night, from post-nasal drip—a slow leak of mucous from the nose that irritates the back of your child’s throat. None of these symptoms require medical treatment.

Cold-like symptoms you should be concerned about include distressed breathing (your child can’t catch his breath, even when trying to breathe through his mouth), a high fever (38.05 C or greater), loss of appetite, disrupted sleep, a lack of energy and/or chest congestion, which is much less common though frequently mistaken for nasal congestion. “Parents will often tell me they can hear their child’s chest rattling, but most of the time, they’re hearing noises being made in their child’s nose that get transmitted down to their child’s chest,” Dr. Brady says.

It’s a medical phenomenon known as transmitted sounds. True chest congestion produces a unique noise that pediatricians need a stethoscope to detect, to diagnose the illness. All of these symptoms can signal pneumonia, bronchitis, or asthma, the chronic condition in which the lungs get clogged with mucous and the bronchi, major air passages, constrict, depriving your child of oxygen. Be on the lookout for it in your child if you have a medical history of asthma. It typically runs in families.

Call your doctor immediately if your child’s breathing ever seems labored, even if it’s in the middle of the night or on the weekend. You should also contact your doctor if your child’s cough or congestion interferes with his sleep, activity, or appetite, or if it’s associated with a fever. Tell your doctor what temperature-taking method you used and be prepared to report any other symptoms your child is experiencing, such as whether he’s eating or drinking.

See the pediatrician if your child’s cough and stuffy nose persist for more than 10 days without improving, even if it’s not causing other symptoms. Rarely a cold can start off as a viral nasal infection and develop into a bacterial infection in the lungs, a.k.a. pneumonia, which does require medical attention. “There are a lot more colds than there are pneumonias,” says Dr. Brady. That’s because there are over 100 viruses that cause colds and many of them are circulating in the environment at the same time, he says.

Your little one could also have asthma, allergies or even enlarged adenoids, which inhibit breathing. Older kids could have sinusitis (a bacterial infection that’s often brought on by a cold) or an allergy. It could also simply be seasonal stuffiness. “A chronically stuffy nose in the winter could just be a sign your child’s nose is sensitive to dry winter air,” says Lawrence Rosen, M.D., an integrative medicine pediatrician. When the humidity level in the air drops along with the thermometer, mucous membranes in the nose can swell.

You can’t shorten the duration of a cold, but you help your child feel better by trying these tactics:

Sweeten the deal. Since a cold is viral, not bacterial, treatment won’t require antibiotics. And since the Food and Drug Administration doesn’t recommend over-the-counter cough and cold medications for infants and children under age 6 because of the risk of serious and potentially life-threatening side effects, those aren’t an option either, even for older kids. It’s just as well. “They haven’t actually been shown to be effective in children,” Dr. Brady says.

In lieu of cough suppressant products, try honey. “In studies, it works better than dextromethorphan, a component of cough suppressants,” says pediatrician Bonnie Kvistad, M.D. Give a half a teaspoon to 2 to 5 year olds; 1 teaspoon for 6 to 11 year olds, and 2 teaspoons for kids age 12 and older. If you give your child honey before bed, make sure she brushes her teeth afterwards because it can cause tooth decay. Honey isn’t recommended for children under age 1 because of the risk of botulism.

Cough drops are another option for coughs and sore throat. They increase saliva production, which can soothe your child’s throat and loosen his cough. “But don’t give them to children under age 6,” says Dr. Kvistad says. Like any hard candies, lozenges pose a choking hazard.

Keep nasal passages as clear as possible. Using a cool-mist humidifier in your child’s bedroom will help moisten airways to reduce the coughing caused by post-nasal drip. A steamy shower can also help hydrate nasal membranes and make mucous easier to dislodge. But be sure to clean the humidifier often and only use it only when your child is congested.

“If you run a humidifier full-time, there’s a greater chance you’ll create mold spores in the room, which your child can inhale,” says Dr. Rosen. As a result, kids can develop an allergy to mold and a chronic cough.

For babies and toddlers who can’t blow their nose yet, use nasal saline drops and a nasal aspirator to suction a runny nose, which is so important so your child can breathe through her nose when she’s nursing or having a bottle. She may not drink as much otherwise, which can lead to dehydration, which can complicate your child’s condition. Use saline spray for older kids. It helps lubricate mucous so it’s easier to blow out.

Fill up on fluids. Drinking plenty of clear fluids such as water can help your child stay hydrated, which helps thin mucous and clear nasal secretions. “If you’re sick, your body’s metabolism may be higher. You’ll burn more fluid, especially if you also have a fever, so you want to replace that fluid,” says Dr. Rosen. Even the steam from hot liquids such as chicken soup or herbal tea for older kids can help open nasal passages. Try chamomile or homemade lemon mint tea–hot water, a few lemon slices, mint leaves and a teaspoon or two of sugar.

Milk may make secretions at the back of your child’s throat thicker, which is why clear liquids are best, but if you have a baby under age 1, stick with breast milk or formula, if your baby can tolerate it. If your baby is vomiting, Dr. Rosen recommends alternating formula or breast milk with Pedialyte. But check with your doctor to be sure. Don’t give babies under 1 year old straight water, Dr. Rosen advises. Infants are susceptible to water intoxication, a potentially lethal condition that results when taking in too much water dilutes the electrolyte balance of the blood.

Try aromatherapy. Rubbing massage oil mixed with a drop or two of eucalyptus essential oil on your baby or toddler’s chest is a potential congestion cure. “Breathing in the smell helps open air passages,” Dr. Rosen says. The essential oil of mint and menthol are other options but avoid these and other stronger smellers, including the age-old Vicks VapoRub topical ointment, if your child has a history of asthma. Also, it’s not recommended for kids under age 2. “Any kind of smell can irritate the airways in children with asthma,” Dr. Rosen says. Massage oil and essential oils are available at health food stores. 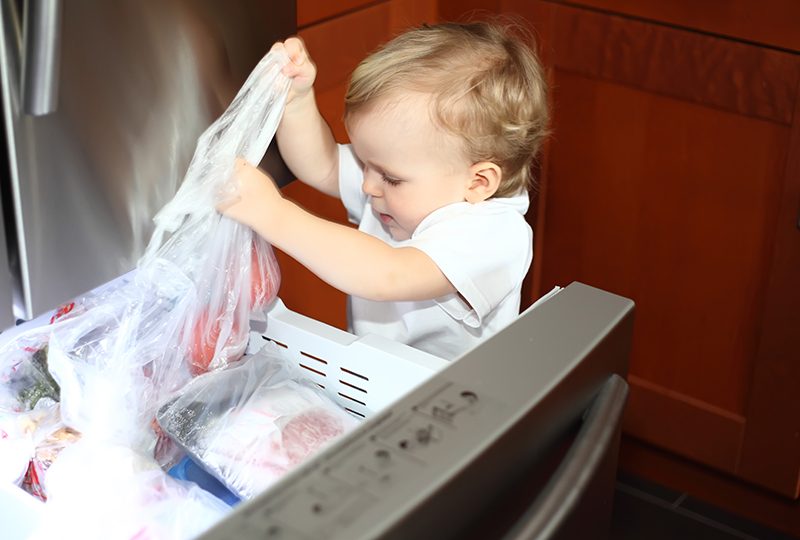