Embracing failure: How mistakes — both yours and theirs — boost motivation and learning 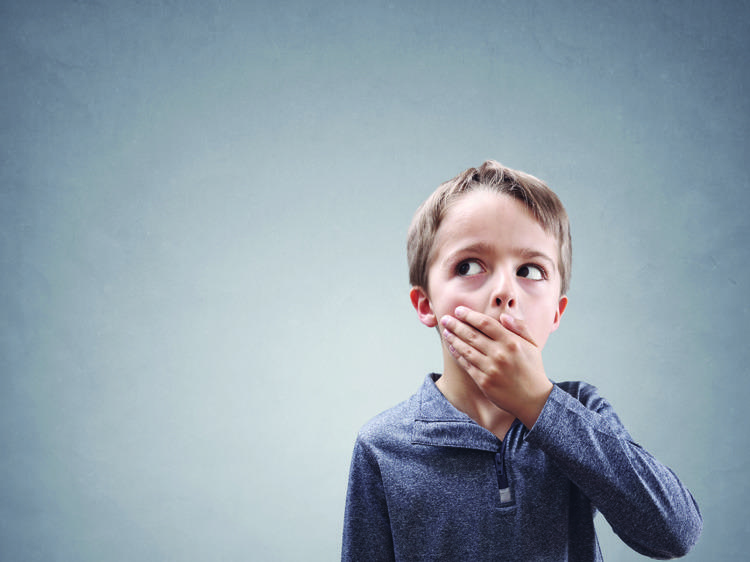 Embracing failure: How mistakes — both yours and theirs — boost motivation and learning

Late-fall light streamed through my minivan windshield as I approached the school pick-up line, eager to hear about my first-grader’s day. But when she climbed into her booster seat, clambering past her two younger siblings in their carseats, her small face trembled with accusatory rage. “I didn’t get to check out a book at the school library,” she said. Why? “Because YOU forgot to put my last book in my backpack this morning.”

I sat quietly, feeling a momentary swell of parental shame. That’s right — it was Library Day. I let out a breath. “I’m sorry, honey. That must have been hard. But remembering to return a library book is your responsibility.”

Predictably, she didn’t agree. But I held my ground: With a new baby in the family, I simply couldn’t stay on top of her school library checkouts. So she had to — and, over time, she did. With the help of a designated spot for library books in her room and hand-written reminder notes, she remembered to throw last week’s book into her backpack on the day it was due, her face beaming with hard-earned pride.

While I felt guilty (Shouldn’t I find time for it all?) I unwittingly gave my child a gift. It’s a gift that’s gaining ground as a highly valued learning tool, and one you can’t find in stores: the gift of failure.

New research shows that childhood failures pave the way for a successful adulthood (if only I’d known this on Library Day). Simply put, failure teaches kids about perseverance, creativity, resilience and motivation in ways that nothing else can, says Jessica LaHey, New York Times bestselling author of The Gift of Failure: How the Best Parents Learn to Let Go So Their Children Can Succeed.

According to Angela Duckworth, the University of Pennsylvania researcher who coined the term “grit,” kids who aren’t allowed to fail won’t develop perseverance (aka grit). That matters because grit is more strongly linked to success than I.Q., good looks or physical health, says Duckworth. Kids who are protected from failure by a parent who swoops in to the rescue to, say, hand-deliver a late homework assignment or demand that a teacher change a poor grade wind up without the perseverance needed to succeed later on.

Failure is so central to learning that the Girl Scouts of America leads its new PSA with a message about being “prepared to fall down, get back up and go for it.”

That message “is central to what Girl Scouts is all about,” says Stefanie Ellis, spokesperson for Girl Scouts of Western Washington. “We want girls to discover what they’re passionate about, and that comes with challenges and pitfalls. How those challenges are handled is paramount to success.”

Though I didn’t know it at the time, the library book experience provided a near-ideal platform for early learning about failure: The stakes were relatively low; a couple of late fines for early-readers wouldn’t keep my daughter out of college. Plus, she had weekly opportunities to repeat the experience, along with the lesson, because if she failed to remember her books one week, she could try again the next.

Like many of life’s lessons, failure’s learning value is enhanced by repetition, so allowing children to experience small failures, like forgetting a lunchbox or flubbing an assignment due date, sends the message that failures aren’t catastrophic, notes Tacoma-based psychotherapist Kent Hoffman, co-author of Raising a Secure Child.

Kids can always try again. And for aspiring parents-turned-knights-in-shining-armor like myself, the message is even more simple. As LaHey of The Gift of Failure puts it: “Every rescue is a lesson lost.”

When parents struggle to embrace failure as a natural part of learning, kids notice. Per Stanford researchers Kyla Haimovitz and Carol S. Dweck, it’s parents’ beliefs about failure that shape kids’ motivation to learn. Their 2016 study found that children could accurately determine whether their parents viewed failure as a setback or an opportunity, and these beliefs influenced kids’ intelligence mindsets, or their beliefs about their own potential for learning and growth.

The researchers theorize that when parents focus on performance and ability — or the lack thereof — instead of learning, children will tend to believe that their own potential is limited, draining motivation to learn. That’s because children who view smarts as something you grow, instead of something you’re given, tend to approach obstacles more creatively. When one strategy doesn’t work, they’ll devise another and try again.

Emphasizing results over effort neatly sidesteps the (sometimes messy) process of creatively approaching a problem from different angles, subtracting the learning value from the equation, says LaHey. That’s why dangling carrots in the form of rewards or bribes is ineffective, and even counter-productive.

“Extrinsic motivators, or motivators that come from outside, undermine motivation,” says LaHey. “Kids who are rewarded for creative activities produce less creative products and are less invested in the endeavour.”

Raising resilient, motivated kids who bounce back from failure isn’t easy, but it’s possible, with these expert strategies:

Check yourself — In order let kids to fail, parents may first need to get over their own fear of being judged, says Susan Smith Kuczmarski, Ed.D., author of Becoming a Happy Family. Yes, you might be the parent who sends a coatless child to school on a cold day, but your child’s long-term emotional resilience is worth a few disapproving glances. (And he’ll likely remember that coat next time.)

Acknowledge your own failures — When parents strive for perfection themselves, children pick up on their anxiety, says Hoffman. “Establish a rule of thumb that when mistakes do happen — yours or your child’s — you’ll learn from them and move on.”

Prioritize connection — When we show kids that mistakes are OK, they learn that they don’t live on a flat world; even if they fail, there’s no way to fall off, says Hoffman. After a slip-up (yours or theirs), prioritize reconnecting and repairing the relationship. “The more our children can trust in our commitment to them, the more they can trust that mistakes are part of being loved,” Hoffman says.

Emphasize effort — Encourage motivation and creativity by breaking out of the habit of rewarding results. Instead of “No screen time until you’ve fixed the mistakes on that worksheet,” try, “Give that homework your best effort for 45 minutes, and then we’ll take a break.”

Focus on your long-term parenting goals — Parenting is a long-haul job. “Stop being so stressed out and anxious about this homework assignment, this soccer game,” LaHey says. “Sometimes difficult decisions about approaching failure are easier if you think in terms of long-term goals of competence and learning.”