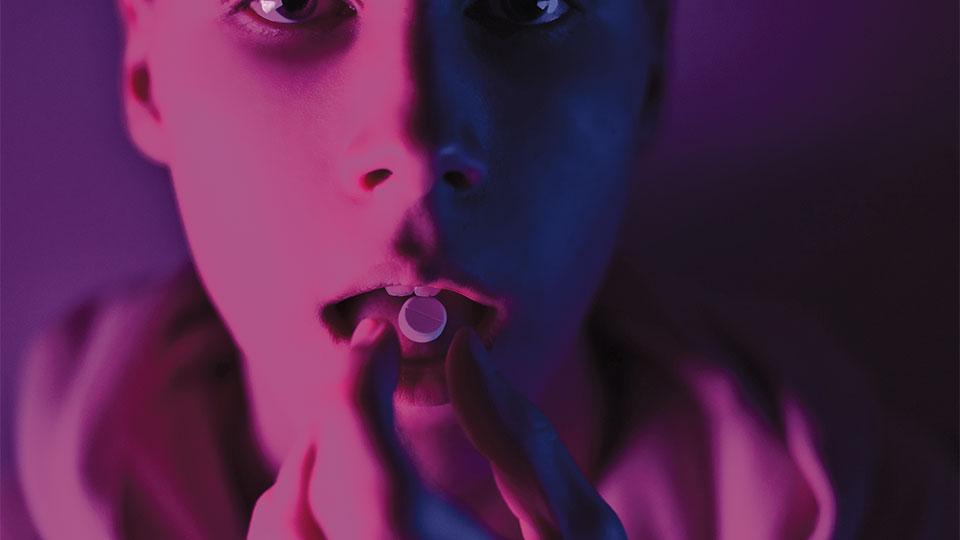 Officials and healthcare professionals are concerned about a growing trend of teens buying drugs online, such as counterfeit pills.

According to federal data, while teen drug use is down, teen overdose deaths are rising at an alarming rate – a trend attributed in part to fentanyl-laced drugs.

Buying drugs from a drug dealer through social media platforms can be dangerous. It can also be a sign of a mental health problem, substance abuse, or addiction.

If you’re a concerned parent or other loved one, here’s what you should know about this trend in digital drug sales.

How are teens buying drugs on social media?

According to law enforcement officials, social media applications, like Facebook and Instagram, are generally the starting point for teen drug transactions.
A guide from the U.S. Drug Enforcement Administration (DEA) shows how young people in the US and Canada may use certain emojis, lingo, hashtags, or shorthand to refer to illicit/prescription drugs.

Code, or slang terms, are also used to refer to other details about drug purchases, such as drug potency, or the drug batch.

What are the risks of buying drugs on social media?

Social media and e-commerce platforms are becoming an increasingly common site of purchase for fake prescription pills, which can be highly dangerous to take.

A high concentration of counterfeit pills, sold as prescription drugs, contain drugs like fentanyl, a highly potent synthetic opioid driving the nation’s overdose crisis.
This can be dangerous for several reasons:

The biggest risk of taking illicit drugs, including prescription pills bought illegally, is accidental fentanyl overdose, due to the widespread availability of the illicit drug market.

Fentanyl is 50 times more powerful than heroin, on average, and can be deadly in small doses when ingested by people who do not have opioid tolerance.

Fentanyl has been identified in batches of cocaine, counterfeit pills (including drugs sold as Xanax or Adderall), as well as in marijuana, and other illegal drugs.

Overdose on certain substances, such as heroin or alcohol overdose, can be fatal if left untreated.

Overdose deaths among teens are on the rise. A recent study published in JAMA found that the number of teens who died from fentanyl more than tripled from 253 in 2019 to 884 in 2021.

Side effects of drugs

Beyond overdose, illicit drugs – including counterfeit pills laced with opioids or meth – can also have mild to severe adverse side effects.

Illicit drugs may affect mood, movement, your ability to make rational decisions, as well as increase your risk of becoming a victim of violence, or getting into a serious accident.

Chronic drug abuse can also lead to physical dependence and substance use disorder – a disease that may require professional treatment to overcome.

Getting help for a teen who’s using drugs

Buying drugs on social media, or through other secretive measures, can be a sign of a serious substance abuse problem and can pose serious risks to health and well-being.

If you, a friend, or a family member is buying illegal substances on social media, it may be time to consult a professional for a drug abuse assessment.