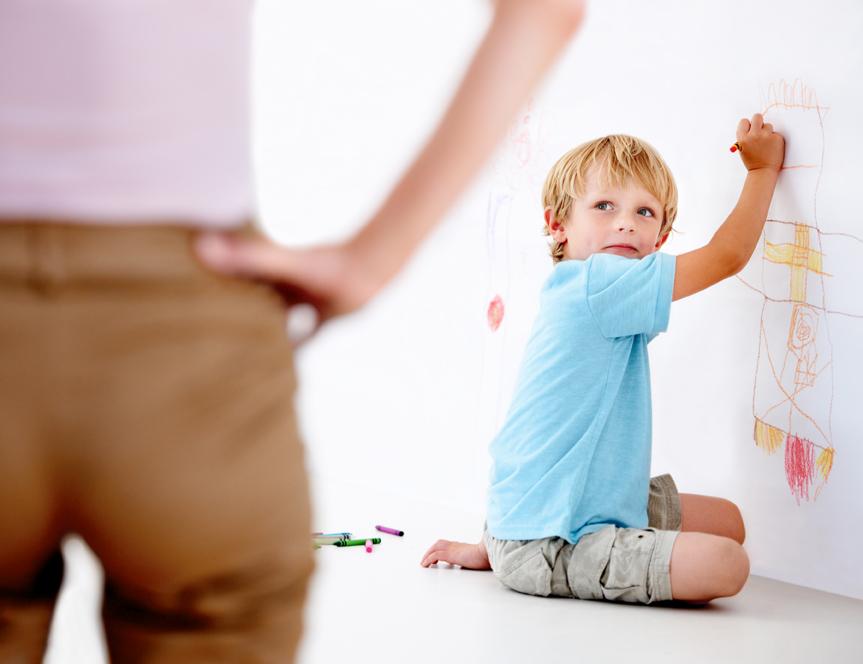 Discipline is the art of teaching kids to behave properly. What it is not, says Katherine Firestone, founder of The Fireborn Institute, is punishment.

“The purpose of discipline is to teach self-discipline so children can then learn to make the right choices on their own.”

Firestone is quick to say there are differences in how you discipline younger children versus older children but that generally parents or any caregiver should begin by remaining calm. “Certainly you should not yell during discipline,”Firestone says, explaining that not only are you modelling behaviour for them so they understand how to be calm when stress is high, but that yelling ignites anger. “When you yell you naturally get angry,” leading to punishment over discipline, which the parenting expert says can hurt the relationship. “And this isn’t part of discipline.”

Discipline, she says, can be relationship building and is somethingFirestone encourages caregivers to focus on. “You want to distinguish between your love for them and this specific behaviour.” She suggests connecting before correcting, which helps establish the relationship so the child feels invested in what you’re doing and takes you seriously. “What you’re not trying to do is drag them down or hurt their self esteem or self image.”

When disciplining your child you’ll want to provide an explanation of why the behaviour is not acceptable – for example you can’t throw balls in the house because you could break something or hurt someone. “Give them a warning and time to process that warning when possible,”Firestone suggests.

When you do need to punish poor behaviour,Firestone says “it needs to make sense and be fair. A lot of parents, in an effort to deter kids from doing things, offer a huge punishment.”Firestone uses an example of taking away a child’s attendance at a birthday party or dessert after dinner. “There are two problems with consequences like this,” she admits. “The child thinks that the parent is unfair and doesn’t learn anything…and the other problem is that it’s really hard to follow through and if you don’t then kids learn they can do whatever they want.”

As younger children are still learning about cause and effect,Firestone recommends that any discipline or punishment is immediate “to learn immediate consequences.”

Older kids, however, already understand cause and effect and can benefit from a pause before punishment, saying that emotions can be high an that older children are unlikely to learn anything in that moment anyway. “The parent probably needs to calm down too,” she admits. But after that pause,Firestone says they must always follow through. “If you said something harsh, take time to readjust the punishment and after the discipline has happened,”Firestone says it’s imperative to return to a warm, loving relationship. “Don’t continue to punish. Maintain the relationship. Show unconditional love.”

Logical consequences: For example, if a child steals a toy he or she is told to give it back.

Loss of privileges: For example, if a child doesn’t listen to instructions at bedtime they lose a bedtime story.

Ignore attention-seeking behaviour: For example if a child is throwing a tantrum, ignore them. More for younger children.

Re-direct to more appropriate behaviours: For example, if a child is touching things they shouldn’t, direct them to items they can touch. Again, this is more for younger children.

Give them choices: For example, let a child choose whether they want to brush their teeth or put their pyjamas on first, giving them some level of autonomy.

Use time outs for serious offences: For example, if a child is hitting or teasing, separate him or her from the group in an appropriate manor.Firestone says that research shows that when used correctly (see expert tip) time outs are effective and don’t hurt the caregiver-child relationship. She warns, however, that time outs must also be used sparingly and not every day.

The correct way to use time outs

Firestone explains that the correct way to use time outs begins with a warning. “Count from one to three to give them an opportunity to stop the behaviour,” she says. If it continues, time outs should take place in a boring spot where the child can think about what they did and calm down. “Be mindful of the meaning imparted on the place,”Firestone warns, suggesting the dining room is a good spot.

The maximum number of minutes a child spends in time out should be their age in years or less.

When done, a brief discussion, not lecture, about why what they did was inappropriate should take place.Firestone says this discussion should be led by the child.