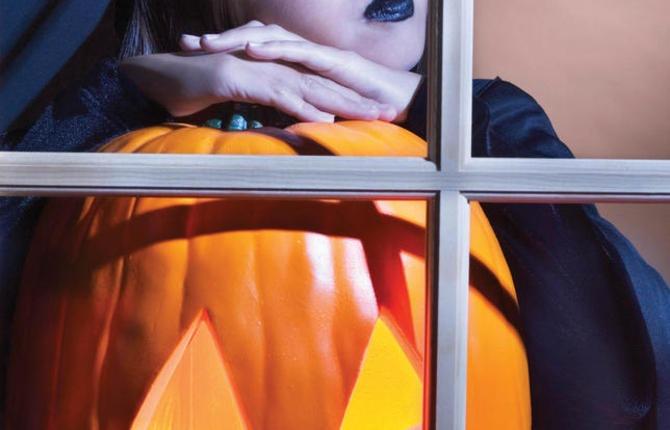 With Halloween fast approaching, here are some scary and popular costumes to consider this year. Based on current hit movies and major events, there may be some new costumes on the trick-or-treat crowd.
With the passing of the "King of Pop," you might see many Michael Jacksons walking around. Considering the song "Thriller" is already a popular Halloween staple, trick-or-treaters clad in Jackson's signature red leather jacket of the 1980s and video zombie make-up may make a comeback.
Older trick-or-treaters, or children of parents with a witty sense of humour, may want to pay homage to another individual who passed before his time this year: top pitchman Billy Mays. All it takes is the requisite khaki pants, blue button-down shirt, and signature thick black hair and beard to pull off this look.
Fans of the "Transformers" movies may be creating their own Decepticon and Autobot costumes and acting out this larger-than-life action adventure.
With the latest installment of "Harry Potter" drawing audiences this past summer, there's bound to be a few more witches and wizards strolling the sidewalks this year.
Wannabe Wolverines are sure to don the signature sideburns and blades of this popular X-Men character after being reinvigorated by the "X-Men Origins: Wolverine" movie, starring Hugh Jackman.
And let's not forget the scores of "Trekkies" who, based on the new "Star Trek" movie released earlier this year, will be dressing up as Kirk or Spock.
There also will be plenty of costumed revelers dressed in unique or old standards when it comes to costumes. From goblins to vampires to cowboys, when creating costumes this year, keep in mind some safety precautions, courtesy of the Consumer Product Safety Commission.
1. When purchasing a costume, masks, beards, and wigs, look for the label "Flame Resistant." Although this label does not mean these items won't catch fire, it does indicate the items will resist burning and should extinguish quickly once removed from the ignition source.
2. Purchase or make costumes that are light and bright enough to be clearly visible to motorists.
3. For greater visibility during dusk and darkness, decorate or trim costumes with reflective tape that will glow in the beam of a car's headlights. Bags or sacks should also be light colored or decorated with reflective tape. Reflective tape is usually available in hardware, bicycle, and sporting goods stores.
4. Costumes should be short enough to prevent children from tripping and falling.
5. Apply a natural mask of cosmetics rather than have a child wear a loose-fitting mask that might restrict breathing or obscure vision. If a mask is used, however, make sure it fits securely and has eyeholes large enough to allow full vision.
6. Swords, knives, and similar costume accessories should be of soft and flexible material.
7. Children should wear well-fitting, sturdy shoes.
8. Hats and scarfs should be tied securely to prevent them from slipping over children's eyes.
9. As an added safety measure, children should carry flashlights or glow sticks. Young children should be accompanied by adults, and be restricted to daylight trick-or-treating, if possible.
Apart from costume safety, it's important to warn children not to eat any treats before an adult has carefully examined them for evidence of tampering. Although incidences of candy tampering have declined considerably, there's always the risk.

It's easy to capture the Halloween spirit by decorating your home with spooky jack-o-lanterns and scary witches. All you need is some paint and a little imagination. Here are some ideas from the decorating experts at Rust-Oleum:
Welcome the neighbours. Use spray paint to create posh pumpkins to line the pathway to your door. Use rich, autumn inspired colors, like Painter's Touch Ultra Cover 2X Kona Brown and Universal Metallic Pure Gold, and give your outdoor spaces a sophisticated look. Then customize your entryway with a menagerie of photos from Halloweens-past. Pick up some inexpensive frames and paint them with Rust-Oleum Glow-in-the-Dark Paint and insert the photos. It's a great way to add a personalized, spooky touch to your entryway.
Halloween crafts for your kids. Plastic pumpkin pails have become the standard "candy carrier" for kids every Halloween. Why not surprise your kids with personalized buckets to store their trick-or-treat loot? Pick up a few plastic pails from your local craft or discount store and paint them. Give your fairy princess a pretty pail with Universal Metallic Titanium Silver or Pure Gold. What about your little superhero? Use Universal Cardinal Red or Cobalt Blue. When the pails are dry, have your kids add their personal finishing touches with bows, ribbons, and stickers.
Put a twist on the traditional Jack-O-Lantern. Pick up a few pumpkins from your local store and paint them with black Rust-Oleum Chalkboard Spray paint. Draw faces or words on the pumpkins with chalk. The chalkboard surface can be easily erased, so it's easy to draw on new faces.
Need more inspiration? Visit www.paintideas.com for Halloween decorating ideas and projects for every room in your home.

Though trick-or-treating was once the standard when it came to Halloween, more parents are forgoing that trend and instead choosing to host Halloween parties for kids and their friends. In part because of households where both parents work, and neither parent can make it home to take their kids out trick-or-treating, and partially due to safety concerns, the Halloween party has become a popular alternative to the standard Halloween.
Parents looking to host a Halloween party this fall should consider the following tips.
* Enlist the help of fellow parents. Because so many households are two income households, chances are strong many parents throughout your neighbourhood cannot make it home to take the kids out on Halloween. Discuss a party with fellow parents and enlist their help.
* Ask parents to RSVP as soon as possible. This gives you a heads-up as to how much food and beverages you need to buy, but it also gives you ample to time to tailor the menu to a variety of children, many of whom might be allergic to specific dishes.
* Plan the menu. Though it's common to instantly think of candy, you'll need more than candy bars and lollipops if you're hosting a Halloween party. Since the party will likely be on a weekend afternoon, plan to order a few pizzas for lunch or something else that's universally appealing and won't upset anyone's stomach.
* Stock up on candy. Kids might not be too excited about forgoing their beloved tradition of trick-or-treating, but that can quickly be offset if you simply give kids candy when they arrive and place a handful of candy dishes around the house. * Make it a costume party. The tendency to forgo a Halloween costume when attending a Halloween party is common. But be sure to include on the invitations that costumes are required. This will make it feel more like Halloween for the kids.

Other than Christmas, perhaps no holiday proves a better with film than Halloween. Be it a movie about Halloween or the popular genre of scary horror films, the following films are a perfect choice for fright night.

* Halloween. One of the scariest films ever made, "Halloween" first caused shrieks in 1978 and has spawned numerous sequels and screams ever since. Escaping from a mental institution in 1978, the crazed Michael Myers wastes little time terrorizing his hometown of Haddonfield, Illinois, including a young Jamie Lee Curtis, in one of her earliest and most recognizable roles.

* A Nightmare on Elm Street. Producing a 1980s icon and one of horror's most famous characters, "A Nightmare on Elm Street" introduced the world to Freddy Krueger, a terrorizing character who manages to infiltrate the nightmares of his victims, each of whom is a child of the people who played a part in killing the actual Freddy Krueger years before. Eventually spawning six sequels, the original is considered by many horror afficionados to be famed writer and director Wes Craven's masterpiece.

For kids, few days are as fun or as highly anticipated as Halloween. For parents, the day is one of mixed emotions. While they love to see their kids have the fun that's typical of Halloween, there are also safety concerns surrounding the holiday.
While it might not entirely stop parental worrying until the kids come back home with their bounty of sweets, the following safety tips should help parents get the most fun out of Halloween.
* Choose a safe costume. When it comes to kids and Halloween costumes, getting kids to choose safe costumes can be tough. After all, kids want to be their favourite superhero or movie character and aren't really worried about how safe those costumes are (or aren't). When choosing a Halloween costume, be sure that it's fire-resistant. Because many people have lit jack-o-lanterns on their porch around Halloween, a fire-resistant costume is an absolute necessity.
It's also important to choose a costume with significant eye holes. Halloween often falls on a school day, and kids are out trick-or-treating in the twilight hours, which is arguably the worst time for drivers and kids alike when it comes to how well they can see. Therefore, a costume must provide kids with adequate peripheral vision so they can see approaching traffic.
* Remind kids about strangers. Even older trick-or-treaters might let their guard down on Halloween. Kids will be ringing doorbells at homes where they don't know the residents, so parents should go over the basics, such as not entering the homes or vehicles of any people the kids and their parents don't both know, before kids head out to get their candy. It's also a good idea for parents to give kids a cell phone when they head out, just in case something happens and kids need to call home. This will keep trick-or-treaters  from knocking on a stranger's door and asking to use their phone, and will enable kids to call home if they feel they're not safe.
* Don't light jack-o-lanterns. While it might seem to go against Halloween tradition, a lit jack-o-lantern is a big safety hazard. Kids often crowd onto porches in bunches when trick-or-treating, and that increases the chance a costume could catch fire. If you must light a jack-o-lantern, light it with a light bulb that can be plugged in. That way there are no flames and if a pumpkin is kicked over the plug will likely be pulled out of the outlet in the process.
Have chaperones whenever possible. If possible, take the afternoon off from work to go along with your kids. If you can't do that, find a babysitter or the parent of a child's friend to accompany everyone around the neighborhood. Halloween is not as safe as it once was, so taking extra precautions is entirely necessary.  (MS) 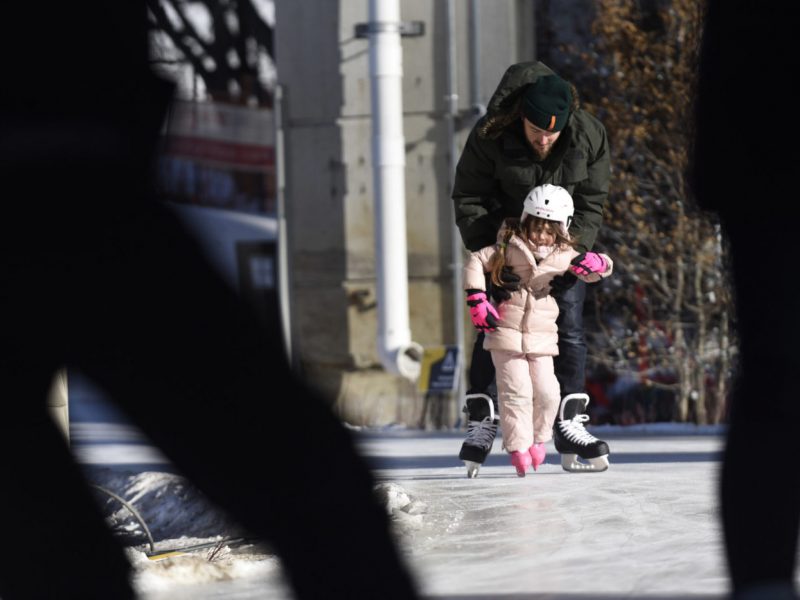