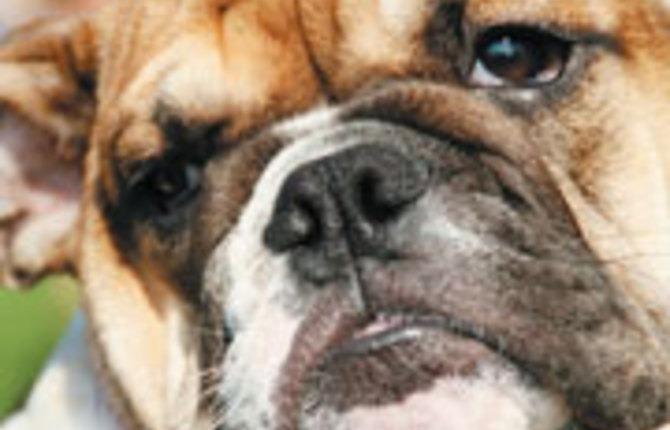 Animals – pets – are big business in North America. According to the ASPCA, Americans spent an estimated $38.4 billion on their pets in 2006. While it’s good news that we’re generally taking such good care of our furry friends, this level of consumption takes its toll on the planet in the same way that consumption for ourselves does. And being a pet owner itself brings with it a moral obligation to the animal but also an attendant responsibility to the planet. In other words, we bipeds need to learn to tread lightly, but we need to ensure our pets aren’t leaving their own large environmental footprints.
Animal planet, indeed!
The single biggest problem surrounding companion animals is that there are simply too many of them. If there’s one thing all pet owners should do, it’s spay or neuter their animals. The American Society for the Prevention of Cruelty to Animals estimates that between eight and twelve million companion animals enter animal shelters nationwide every year. A very small number will be reunited with their families. About a third will find homes. But anywhere from five to nine million will be euthanized (a clinical word for killed). So if you’re a dog or cat entering a shelter, chances are it’s your last stop.
Gone to the Dogs: Beware of Puppy Mills
Despite the overpopulation of dogs, puppy mills do a booming business. Puppy mills are a cuddly term (add puppy to anything and it sounds wiggly and warm and snuggly) that belies the reality of animals being mass-produced with little or no regard to their physical or emotional health. The documented problems include over breeding, inbreeding, little or no veterinary care, poor quality of food and shelter, a lack of human contact, overcrowding, and the killing of unwanted or infertile animals. Those who unwittingly buy puppies raised in such conditions frequently face months or years of veterinary bills to treat health issues, behavioral problems, and the premature death of the dogs from genetically borne diseases.
The only surefire way to shut them down is to cut off the financial incentive for them. Ask your local pet store where it obtains its puppies and insist to see breed registry papers or the interstate health certificate for each puppy. This will include the breeders’ and/or wholesalers’ names and addresses. Or take the Humane Society’s Pet Store Challenge at www.stoppuppymills.org/petstorechallenge.
Get a second-hand pet
Our throwaway attitude applies to pets too—just ask shelter workers in the days following Christmas, Valentine’s Day, and Easter how many "presents" are returned to them or, worse, get dumped along highways and back roads to fend for themselves.
Previously loved (or, more likely, previously neglected or abused) pets can still have plenty to offer a patient, loving owner. My own dog, a gigantic cross between a Great Pyrenees and a Kuvasz, was taken from its owner in Arkansas. He came to us, malnourished and full of parasites, via a rescue group. But with a heart big enough to include our whole family, including a cat and bunny (who also came to us second-hand from a shelter). Among shelter offerings, you’ll likely find mixed breeds, which are generally healthier than their thoroughbred counterparts, with fewer health issues. If you have a specific breed in mind, there are plenty of rescue groups that specialize. Log on to www.petfinder.com or www.pets911.com and get a sense for how many unwanted animals—mostly beautiful, loving animals—are out there looking for homes. Or pay a visit to your local shelter. Warning: If you’re a total bleeding heart like me, don’t take this step until you’re prepared to actually get a pet. We both know you’re kidding yourself if you tell yourself you’re only looking…
And be sure to consider other shelter offerings: rabbits, guinea pigs, hamsters, parakeets, and more.