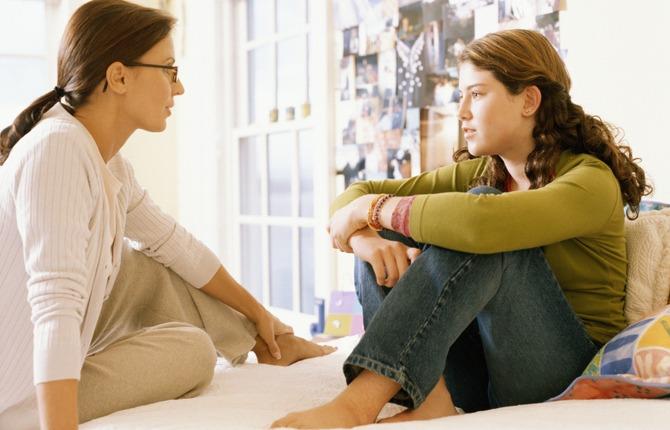 My children are like sunflowers in August; I turn my head and they seem to have grown taller. I find myself mock-shouting at them, “Stop growing!” They grin and sidle up to me, their hands held like visors at their foreheads, estimating how soon they will be taller than I am. At fourteen, my daughter Olivia has to bend down to kiss me on the nose. Some of her glee has mellowed now that she is accustomed to towering four inches above me. The thrill has been tempered by the increasing responsibility and higher expectations we impose on her and which she chooses for herself as she gets older. That poised young woman who is fierce on the soccer field and aces all her classes is still a little girl though, one who needs to play and shout, cry and be goofy.

When Olivia was nearly 12, she came to me exclaiming that she had a loose tooth. “Is it supposed to be loose? Don’t wiggle it!” I cautioned. Her little sisters looked like jack-o-lanterns, but she hadn’t lost a tooth in ages. She insisted this was a baby tooth; it wasn’t way in the back with those late-arriving permanent molars. I still discouraged her from wiggling it. The next day it came out anyway, well within its rights.

The following week, my girl with the missing tooth had her first period. I’d just been chatting with another mom about our growing girls, about being the mothers of middle-school girls, speculating when they would hit this milestone. I’d felt like it was imminent, my friend thought it would be months yet for her own daughter. Call it maternal instinct: somehow we were tuned into the signs.

I was relieved that I managed to hide my own menarche baggage when Olivia called, “Mom…?” in a wavering voice from behind the closed bathroom door. I tucked my negative memories away to address some other time and welcomed my daughter into her new status. She recovered quickly from the initial mess and awkwardness and was proud and bouncy, wide-eyed and smiling. In a tiny nod to a coming-of-age ceremony, we went together to get her ears pierced the next day. A week later my newly minted young woman lost another baby tooth.

How grateful I was for those teeth. Like parentheses, they enclosed the experience, reminding me to hold my daughter close as she makes this journey into womanhood. I felt pulled by the tides, back and forth between her childhood and her nascent adulthood.

My daughter’s tiny milk teeth seemed tangible evidence of her emotional state. They became a talisman of the hormonal waves we will ride throughout her adolescence and stood as a reminder to me that these are tug-of-war years during which she will slip back and forth, at one moment a little girl, at the next a young woman.

More than a year passed, and my girl/woman learned to anticipate her periods and plan ahead. One evening she rummaged in the bathroom cupboard for pads to stash in her backpack for school, and then went to brush her teeth. She came to me a few minutes later. Hand extended with something in her palm, she said with a casual smile, “Oh, Mom, by the way, I lost another tooth.”

“What are you, five?” I exclaimed, eyebrows raised. “Go put it in the tooth pillow.” I nodded toward the hall closet.

She paused and gazed at me, her head tilted to one side. In the warm silence between us there was room for the tooth fairy. She turned and pulled the tiny silk fairy pillow off the closet shelf, tucking the tooth in the pocket. Still smiling she rolled her eyes at me and put the pillow in its place of honor on the windowsill.

Olivia isn’t five, of course, though she still seems to grow overnight. One Saturday morning she glared at us, tired and crabby. Tired myself, I wanted to bark at her to cut us some slack, but instead I paused. I looked at her looming over her sisters and stopped.

“Go eat something,” I said. “I swear you were not this tall yesterday. You’re growing too fast; it’s making you grumpy. Go eat!” She groaned and glared, then smiled with just one corner of her mouth before pulling a package of English muffins out of the drawer.

-Freelance writer Heather Lee Leap is mother to three girls. She and her husband would like them to stay little forever, but they are not cooperating.