Trying for a dry bed 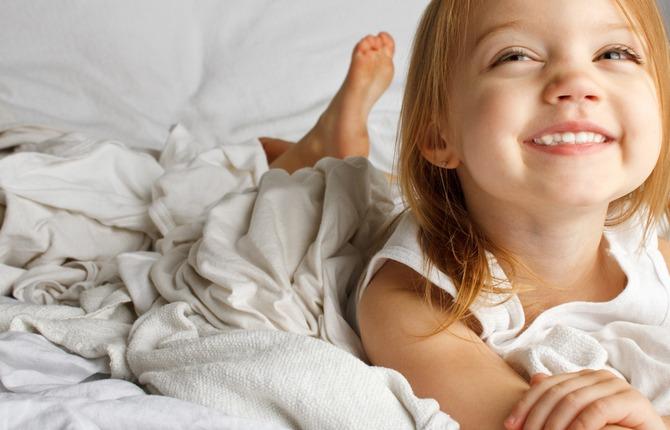 Trying for a dry bed

If your child wets the bed, chances are you’ve been told he or she will grow out of it. And it’s true – while bedwetting affects close to 20 per cent of 5-year-olds, the proportion goes down to 10 per cent for 10-year-olds and just 2 per cent for 15-year-olds.

However, the psychological and social toll of bedwetting can be significant, both for young children as well as for their sleep-deprived parents. Imagine the anxiety that a sleepover invitation, a desire to go to overnight camp or a classmate’s taunting might provoke in a child who wets the bed.

In fact, a recent study of primary school children found that bedwetting ranked as the third-most distressing critical life event, just behind divorce and parental fighting. For parents, unending laundry, persistent nightly waking and frustration can be hard to manage, leaving many asking, “will it ever end?”

While most cases of bedwetting are simply a matter of the brain needing to develop more control over the bladder, other issues can sometimes be at play.

Some children are found to have lower “functional” bladder capacities and just can’t hold enough before urine release is necessary.

As an assistant professor of pediatrics at the University of Toronto and a staff medical urologist at the Hospital for Sick Children (Sick Kids), I see cases where years of frustration could have been avoided with early intervention. For example, it’s not uncommon for me to see an 11-year-old girl who is in diapers or training underpants after years of bedwetting. The family is desperate, has tried everything and is seeking a magic solution when I see them. Often when they are first assessed, I will find that constipation or another associated cause had been behind the bedwetting all along.

The best timing for intervention will vary. I recommend parents actively try to help their child stay dry during the night, starting as early as 2-years old, if the child is ready – or later, depending on the child’s desire to be involved in the process. If your child’s diapers are dry several nights per week or if he or she asks to wear underwear instead of diapers, that’s a sign that it’s time to start trying. Here are some tips:

No shame, no humiliation

It can be frustrating for parents to have to get up at night, change the sheets and face never-ending laundry. But it’s important not to shame or humiliate your child for wetting the bed, especially considering that the worst consequence of bedwetting is the psychosocial cost to your child. Bedwetting is an involuntary process and won’t be “corrected” by punishment or humiliation. On the flip side, parents should consider rewarding children for a dry night carefully. Positive reinforcement is helpful, but rewarding dry nights with stars or stickers can be a Catch-22 when the child fails, leading to frustration. How can you argue that there’s no blame in wetting the bed if you’re going to praise them for not doing it? Instead, reassure your child that this is a process during which accidents are okay.

Train the brain during the day

We don’t often think about how our habits during the day relate to bedwetting at night. However getting your child into a rhythm of going to the bathroom and drinking a cup of water every two to three hours will help put the brain in charge of the bladder. Instead of waiting for the bladder to tell the brain it’s time to go, use a timer or plan bathroom trips to align with recess and lunch breaks. This will get your child in the habit of telling the bladder when to go, and not the other way around. Plus, this regular bathroom and water reminder will help hydrate your child during the day, so he or she will be less thirsty come bedtime. If possible, your child should aim to drink 80 per cent of fluids before 4 p.m. (Except for kids playing sports in the evening.)

Keep tabs on the bowel

Soft and regular bowel movements are extremely important to alleviating bedwetting. The bowel and bladder live and act in concert with one another. Take any sign of constipation seriously. The Bristol stool chart is a great resource to keep tabs on bowel function. We generally say that a “happy bladder is an empty bladder, but the happiest bladder needs an empty colon!”

Prepare for a dry night

Have your child limit fluids and go to the bathroom one last time right before bed. Avoid caffeinated products such as Coke and any citrus-containing foods in the evening. Make sure your child knows how to get to the bathroom during the night, and that the access is clear, the bathroom door is open and perhaps nighttime lights set up. Don’t try to bring your child to the bathroom when he or she is sleeping as it doesn’t teach bladder control and will not stop the child from wetting the bed hours later.

Ditch the nighttime diaper, but not right away

Try to avoid diapers or training underpants once your child is around 5-years old. While they help everyone get more sleep and do less laundry, your child’s brain could start to rely on them and not learn to control the bladder at nighttime. This doesn’t mean you should abruptly stop using diapers. Start first with a good daytime bathroom routine, prepare for a dry night and arm yourself with a mattress overlay and bedwetting training pants, ones where your child will still feel wet, but the bed will be spared. When you’re ready to ditch the nighttime diaper, prepare your child by giving him or her a role to play in the cleanup, such as putting wet clothes in a designated spot and stripping the bed.

If you’ve tried all of this and your child is still wetting the bed, and bothered by it, you may want to give the bedwetting alarm a try. This is a little device that has a sensor to be placed in or near the child’s underwear. When moisture is detected, an alarm will go off; some of these devices can be set to vibrate, make a sound or both. For the first few nights, parents should wake up the child when the alarm goes off. The goal is for your child to fully wake up and be alert at the time the bedwetting happens. A trick to helping train the brain is to give your child something to remember – like a password – in the night after the alarm goes off, and a reward in the morning for remembering the password.

The alarm might take weeks or several months before you’ll get to dry nights – 14 dry nights in a row is considered success – but it’s been shown to work in 85 per cent of cases. Be prepared to try this for a minimum of six months before claiming failure.

Think about other causes, see a specialist and consider medication in certain cases

Wetting the bed is not always a question of training the brain to have better control over the bladder. Other causes and risk factors include constipation, psychological stressors, certain neurological conditions, ADHD, diabetes, hormonal imbalance and a number of sleep disorders. If you’ve tried to curb your child’s bedwetting to no avail, you might want to consult a pediatrician. Medications are a last resort, and you should only consider them when the child is older than 7 and has failed a behavioural program. None are magical, and each has its own risks and benefits. Your child will likely get to dry nights, but sometimes it just takes big doses of time, support and effort.

Dr. Joana Dos Santos is an assistant professor of pediatrics at the University of Toronto, a Staff Medical Urologist at The Hospital for Sick Children (SickKids) and a graduate student in the U of T’s Translational Research Program. – Toronto Star