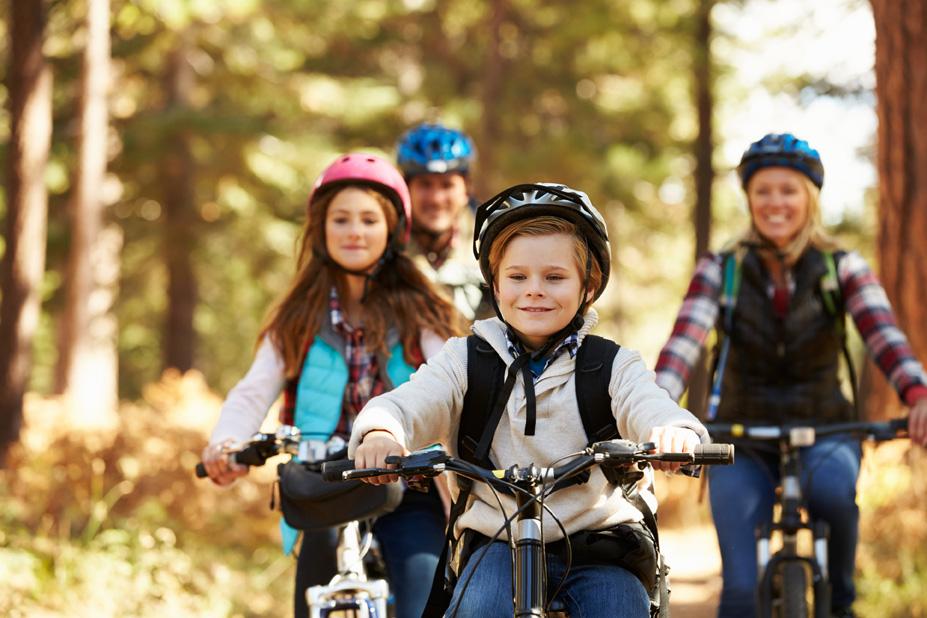 The benefits of exercise are many and new research from ParticipACTION now shows that students who exercise before a test show stronger brain function than those who don’t.

“Evidence shows that kids who are active for 15-20 minutes perform better in test situations says Dr. Leigh Vanderloo, Knowledge Translation manager at ParticipACTION, going on to explain that the reason is multi-fold. “Exercise helps control stress,” she says, so students aren’t as anxious when they sit down to write. Exercise also enhances a student’s focus and concentration because the parts of the brain that are most impacted by physical activity in positive ways are the same areas responsible for concentration and focus. Exercise also helps students feel energized, think creatively and problem solve.

Dr. Vanderloo says the findings, which were applicable to both typically-developing students and those with such brain-based disabilities as ADHD and autism spectrum disorder, are interesting given our societal push for “cramming” for tests. Students should, in fact, be doing the opposite. “They should be taking breaks to get up and move their body,” the Knowledge Translation manger says, suggesting that moderate to vigorous activity is best. “You want to get your heart rate up,” she says and that students should typically try to refrain from being seated for more than an hour at a time. “After 45 to 60 minutes you stop absorbing the same amount of information,” the doctor explains, “even a two-minute standing break can help.”

But, Dr. Vandaloo does suggest more activity is better, with a goal to at least meet the minimum 60 minutes of moderate to vigorous activity a day as outlined by ParticipACTION.

While Dr. Vandaloo says higher intensity movement is most favourable, she admits any movement is better than none at all. “If you’re not overly active, even spending time outside in nature has additional benefits,” she explains, suggesting that children can do such basic things as walking the family pet or playing tag to get the required time in each day.

Parents can further help by implementing active transportation. “Walk, wheel or cycle to and from school,” Dr. Vandaloo suggests, adding that by creatively sneaking in more movement each day, parents can ensure their children are being active. Unstructured play, preferably outdoors, and limited screen time are a help. “Children shouldn’t have more than two hours of recreational screen time per day,” she explains. “Think of developing your own family media use plan, outlining when it’s ok and when it’s not. Take screens out of the bedroom,” as it throws off sleep and activity levels. “Be active as a family…bond as a family,” she says, suggesting something as simple as a loop around the block each night after dinner.

What parents don’t want to do, Dr. Vandaloo says, is take activities away as a form of punishment. Despite this being common practice amongst households and schools alike, she admits disciplinary issues need to be addressed but handled in a different way as not only does it add an additional barrier to getting that active time in, but that it can actually be contributing to recurring issues.

Furthermore, Dr. Vandaloo says, “as individuals age, activity levels decrease.” That battle continues as “life becomes more complex with different commitments.” That’s why Dr. Vandaloo says it’s so important to get children interested in physical activity and sport from a young age. “Then they’re more likely to continue and value as they get older.”

While Dr. Vandaloo says “the majority of the time we think of physical activity in relation to weight, but what we know is that given a single bout of activity can bring immediate impact in terms of the brain.” She says that long-term effects such as weight and high blood pressure are just that – too far off to really make an impact on our immediate choices. “But what we know is that regular activity for any amount of time…lessens our stress and anxiety and increases our confidence and self worth,” all because the executive functions parts of the brain grow in size when we are active, which contributes to better memory, more creative thinking and problem solving capabilities as well as faster reaction time – all of which are required during tests and more.