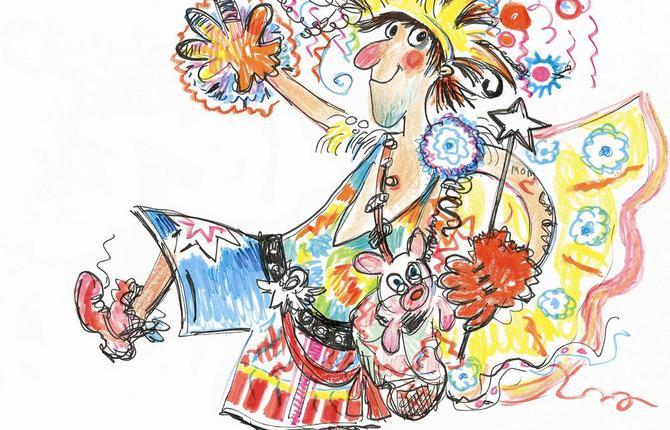 Edward the Crazy Man (Workman Arts/Lorraine Kimsa) — Young Charlie doesn’t know what he wants to be for Halloween, and the pressure to be creative is coming from his family and friends. Then he meets Edward, a man with schizophrenia living on the street who has no problem at all coming up with costumes. He’s adorned in outlandish outfits he creates from the garbage he finds on the street. As well, Edward invents his own musical instruments from the things others throw away. The two strike up a friendship, one that others have a hard time understanding. “I think he’s attracted to Edward’s artistic nature and his flair. He sees past the strange behaviour to see there’s somebody actually there,” says Leah Cherniak, the play’s director. Yes, there’s a strong message here about mental illness. But this also promises to be a fun, colourful and music-filled play apt for the preteen set (it’s recommended for kids in grades 4 to 8). The one-hour performances are followed by a Q&A with the actors, so bring curiosity to the theatre. Runs from June 10 to 19 for various daytime and evening performances. 416-583-4339.