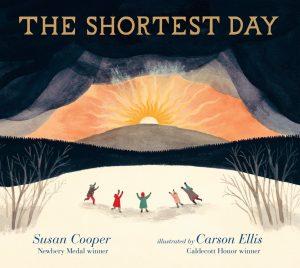 Two award-winners have come together to create a seasonal treasure by presenting a poem that welcomes the winter solstice with illustrations that capture the magic of the returning light. From early hunter-gatherers who wondered if the sun would rise again to northern Europeans in medieval garb to a multiracial gathering in a modern Western home, the poem expresses the joy and community found in the ongoing mystery of life when we celebrate light, thankfulness, and festivity at a time of rebirth in a new year. Ages 4 to 8 – Publisher Candlewick Press – $23.9 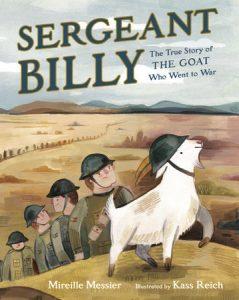 Sergeant Billy: The True Story of the Goat Who Went to War

Inspired by a true story of a goat named Billy that was adopted by a platoon of soldiers and made his way across the ocean to be part of the war effort. The story of the goat that came back home a decorated First World War hero follows Sergeant Billy’s lively adventure that humanizes the realities of war featuring harrowing, sad, celebratory moments along with the camaraderie experienced by the troupes. Ages 4 to 8 – Publisher, Tundra Books – $21.99 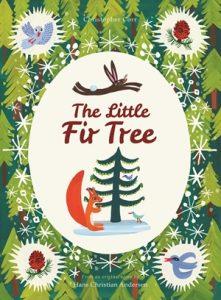 From an original Christmas story by Hans Christian Andersen this beautifully illustrated modern retelling features the little fir tree who wants to see the world beyond the forest. Being chosen as a Christmas tree gives him the chance but also presents a problem. This is a classic story about appreciating what we already have and the hope found in rebirth. It would make a wonderful addition to a seasonal story collection. Ages 4 to 7 – Publisher, Frances Lincoln Children’s Books – $19.99 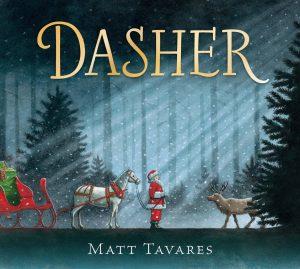 We are all familiar with the story of Rudolf the red-nose reindeer but what of the origin of all of the other reindeer? It began with Dasher’s made dash out of the enclosure where she lived with her family as part of a traveling circus. Dasher’s dream was to live in the snow-covered land her mother remembered. A chance meeting with a jolly man in a red suit who needed help to pull his sleigh started Dasher and eventually her family, on a new career path that continues today. This tale is well told and masterfully illustrated. Ages 4 to 8 – Publisher, Penguin Random House – $17.99 hardcover 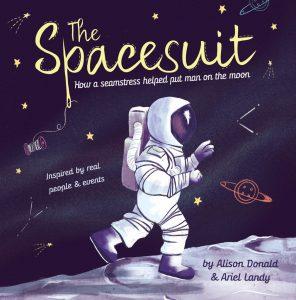 When the first moon-walk was witnessed there were few observers who were wondering who designed the spacesuit worn by the astronauts. The team of women who designed and sewed it were certain to have watched the event through a different lens. Based on the incredible true story of the suit’s creators, this inspirational account brings a whole new perspective to the role of the women in the space program. Ages 4 to 9 – Publisher Thomas Allen and Son – $25.99 hardcover 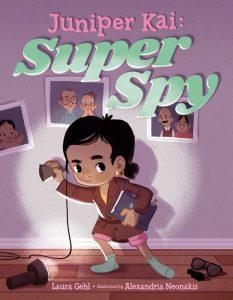 Becoming a big brother or big sister is a big deal but how and when do parents break the news to the about-to-be sibling that a new family member is expected? Aspiring spy Juniper Kai knows something really big is going on when she hears her parents whispering behind and making secret plans. It takes all of her spy skills to find out that her most important mission is about to be delivered. Ages 4 to 8 – Publisher, Two Lions – $17.99 US 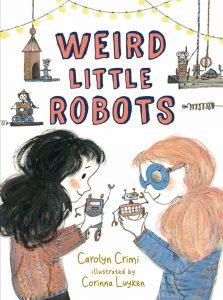 When two science-savvy girls create an entire robot world, they don’t expect the robots to come alive. But life may be a bit more magical than they thought. This unassuming transitional novel is filled with compassion, humour, and a refreshing storyline in which girls organically weave a love for science into their everyday lives. The Illustrations add to the innocent sensibility if the story that explores the magic of friendship with sweetness, simplicity, and science. Ages 8 to 12 – Publisher, Candlewick Press – $21.99 hardcover 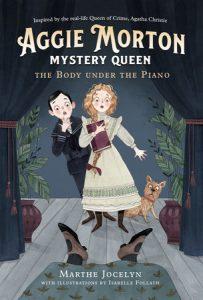 Book 1: The Body Under the Piano

I asked a devout Agatha Christie fan to review this novel and she gave it two thumbs up, although she admitted that her passion for the classic mystery writer contributed to her high praise. She’s a grandmother and suggested that this book would be a wonderful way for Christie fans like her to introduce young readers to this literary hero.  This smart and charming mystery series stars young detective Aggie Morton and her friend Hector, and is inspired by the imagined life of Agatha Christie as a child and her most popular creation, Hercule Poirot. The Body Under the Piano is the clever debut from a Governor General’s Award–nominated author of historical fiction for children. Wait for it though, it’s not out until February 2020. Ages 10 and up – Publisher Random House 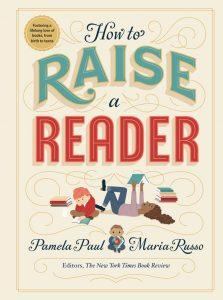 How to Raise a Reader

Written by the editors of The New York Times Book Review, this guide offers practical advice, inspiration, wisdom and tips along with curated reading lists that will help to instill the joy and time-stopping pleasure of reading. Divided into four sections, from baby through teen, and each illustrated by a different artist, this book offers something useful on every page, whether it’s how to develop rituals around reading or build a family library, or ways to engage a reluctant reader. For adults of all ages – Publisher, Workman Publishing – $29.95