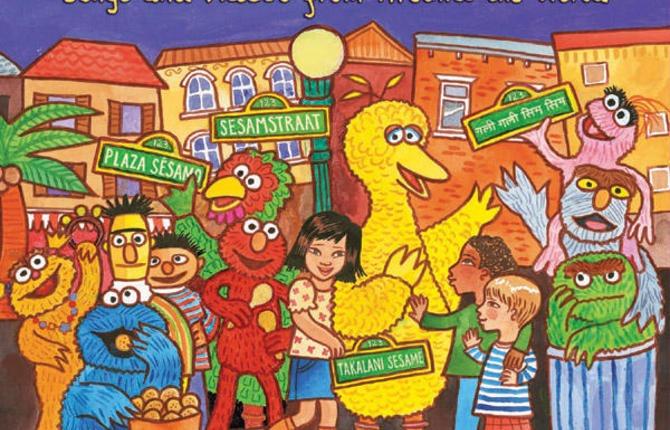 Putumayo Kids Presents Sesame Street Playground (Putumayo Kids) — A few generations ago, this compilation would have driven the kids wild. I know my own age group, which grew up on Sesame Street, would have been picking out the voices of Big Bird and Oscar in the rainbow of languages. But we watched our preschool shows on TVs with dials. In the Treehouse era, kids seem to know Elmo from Grover, but the show itself means little (my son, for instance, has never seen it, but often talks about Cookie Monster). That aside, there’s lots of fun to be had in traveling the world with this iconic show and its music. “The Song of the Caretakers” from Russia is melodic and somewhat melancholy. “Ricas Frutas” (Delicious Fruits) of Mexico has a great rollick, and the theme song from India’s version of the show is straight out of Bollywood. China’s version of “Rubber Duckie,” however, seems on the sloppy side.