Petty’s Cinderella cranks up the comedy 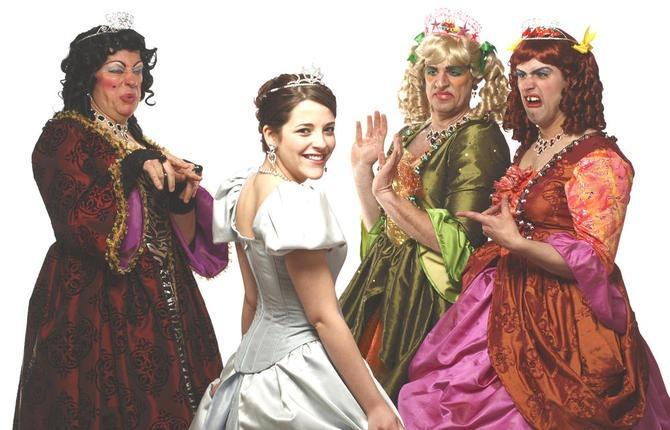 Petty’s Cinderella cranks up the comedy

Cinderella The Sillylicious Family Musical — For 13 years, Ross Petty has been producing holiday pantomime-style shows for Toronto families. And the experience really shows: the entertaining moments keep coming at you. Endless one-liners, great costumes, cute musical interludes, funny names (Bertha, Carnivia and Plumbum Von Botox for the evil stepmother and sisters), audience participation and pop cultural, theatrical and literary allusions galore. It’s actually rather hard to keep track of it all. Most impressive is Petty himself, who lopes across the stage like he was born there, lazily contorts his heavily made-up face, and starts wisecracking. His lines, which must be half unscripted, take on up-to-the minute political issues, along with the theatre community and celebrity culture. But the rest of the cast is pretty solid too. Patty Sullivan of CBC’s Kids’ Canada is charming as the fairy godmother, both the stepsisters — Adam Brazier and Dan Chameroy — are hilarious and Jake Epstein is magnificent as Prince George: he’s not only cute but the romantic lead can really, really sing. Paula Brancati as Cinderella does well as the female romantic lead, but her voice falls off considerably in her lower range, and the orchestra drowns her out. This wouldn’t be such a big deal if everyone else — including some of the more minor players such as Eddie Glen as Buttons and one of the female ensemble members, both of whom do short solos — didn’t have pipes of pure gold.