It’s hip to be in Goderich’s square 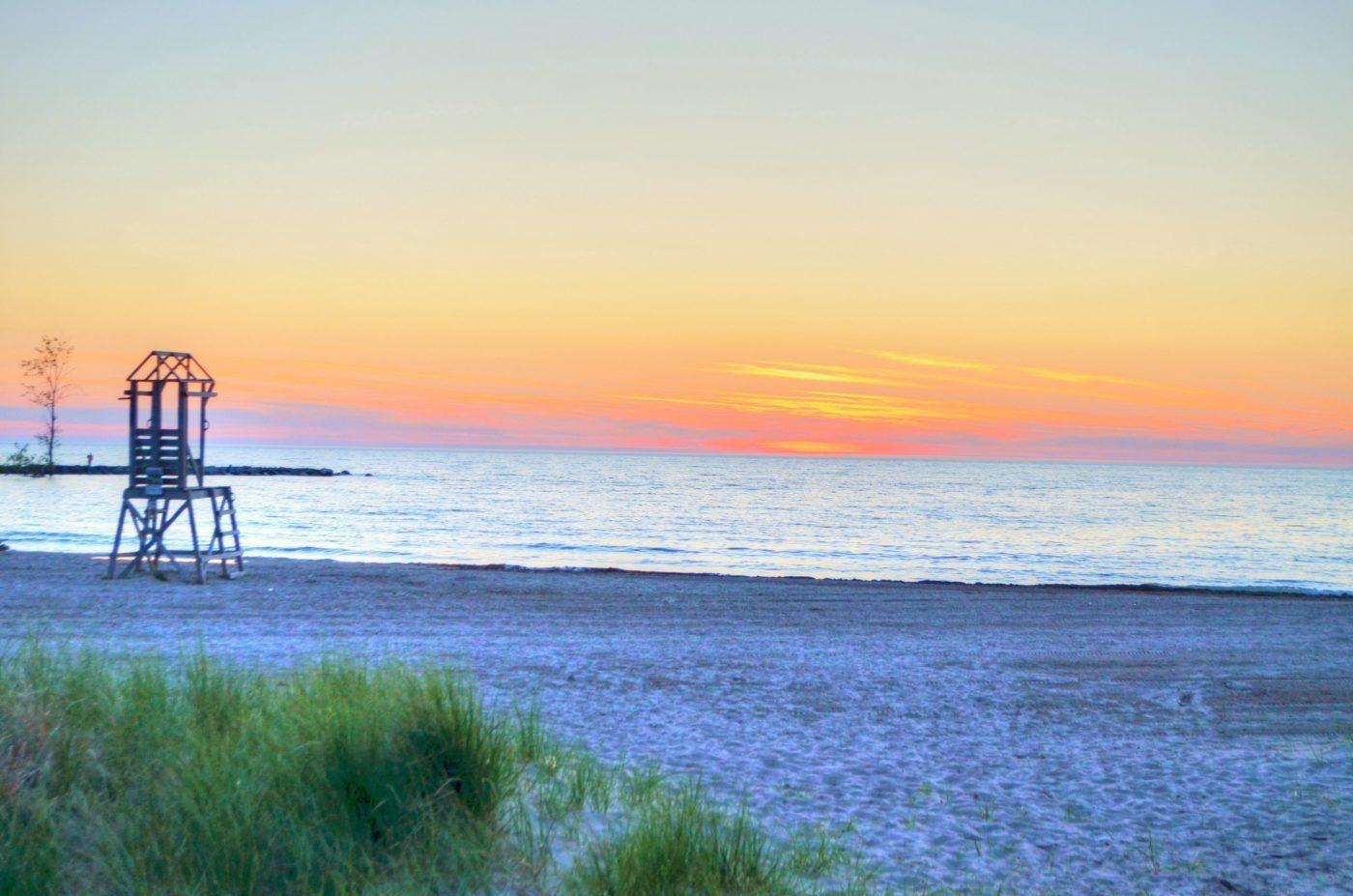 It’s hip to be in Goderich’s square

It’s touted as “the prettiest town in Canada” and Goderich is indeed, really pretty.

Take a short, few hours drive from the GTA, along beautiful country roads and you’ll find yourself in this historic down. Settled in 1827 on the shores of Lake Huron by John Galt and the Canada Company, it was named after Lord Goderich who was the Prime Minister in Britain at the time.

Devastated by a tornado in August 2011, more than 350 of Goderich’s buildings were damaged and all but six trees in the iconic Town Square were uprooted. The subsequent rebuild has not only seen an arboretum planted in place of the original oak trees, but also the townspeople coming together. The result is more families moving to and visiting Goderich to enjoy the small town beach feel.

With the entire town centred around Goderich’s octagonal Town Square, it’s the best place to stay in town. Hotel Bedford provides the perfect, central location, from which to explore, as well as Paddy O’Reilly’s Pub, which is family-friendly and features the Square’s only patio for enjoying evening drinks. 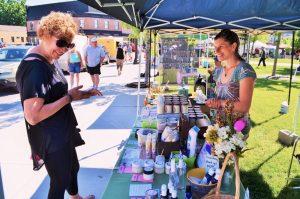 On Saturday mornings throughout the summer the Farmer’s Market takes over Hamilton Street, directly off the Square. It offers a nice stroll while shopping for local produce and locally produced items.

Of course Goderich’s three beaches aren’t to be missed.

Rotary Cove is definitely the most family-friendly. With playgrounds right on the beach as well as a snack stand, washrooms, picnic areas and a shallow sand entry into the water, families will happily spend hours playing and splashing. Plus, there’s loads of parking right beside the beach so you’ll never have an issue finding a spot.

Taking a self-guided tour of the Huron Historical Gaol is a great way to get out of the sun. This approximately 45-minute tour is best suited for school-aged children and was the location of the last public hanging in Canada in 1969.

For parents escaping the kids for the weekend, the Blyth Festival offers a number of different plays throughout the season, which runs from the end of June until the end of September. Head into Blyth early before the show and peruse the town’s quaint main street and many lovely shops.

Goderich offers plenty of dining options to choose from.

Pat & Kevin’s is a cute little breakfast diner that’s on the square. The diner has a train track running along the ceiling to catch the attention of children. The cars are changed all the time so that local kids are always interested to see what it looks like and the comic book-inspired menus show off the wide selection in a humorous way. Owner Kevin Morrison, who’s also Goderich’s mayor, opened the restaurant just a few years ago, and says that the town is really “a family-friendly destination. It’s changing, with more and more young families choosing to move here, or spend their summer here.” 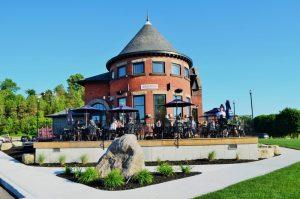 Beach Street Station is another family-friendly dining establishment. Located in Goderich’s former railway station, which was relocated to the beach in 2015, the building is beautiful and the views from the patio can’t be beat. Owner Herb Marshall explains that Beach Street Station, along with The Parkhouse, which he also owns, try to support local on their menus as much as possible, even featuring local wine and craft beer from Square Brew, Goderich’s first craft brewery.

Open for sampling and a friendly board game, Square Brew was just recently opened by Alex Menary. Currently offering three brews: Hop Miner IPL, Square One Pilsner and Vienna is Waiting, the brewery is quickly gaining traction in town where it’s served at a number of restaurants in addition to Beach Street Station and The Parkhouse.

For a special meal that won’t soon be forgotten, visitors can dine at Thyme on 21. Located in a historical Victorian mansion just a few minutes’ walk from Town Square, Thyme on 21 serves menu items sourced as locally as possible and herbs grown in the house garden. It’s no wonder it was recognized a star of excellence by “Where to Eat in Canada”.

No trip to Goderich would be complete, however, without a hike along the Maitland Trail. Start at North Harbour Road where there’s plenty of parking for hikers and those wishing to fish from the Maitland River. The trail follows the path of the previous railway tracks between Goderich and Guelph and as such offers a wide, smooth gravel track that’s ideal for hiking with children and is stroller-friendly.

At the beginning of the trail you’ll cross over the Menesetung Bridge, which was the longest railway bridge in Ontario when it was built in 1907. And follow the approximately six kilometre round trip trail the entire way and you’ll get to Tiger Dunlop’s tomb where gorgeous views over the Maitland River and of the Town of Goderich await.